published in Jüdische Allgemeine on November 5, 2015

Mr. Molinas, the AKP won the elections on Sunday with a dinstinct majority. Which direction is Turkey now taking?

The people voted for stability.  Their decision is based on economic interests since uncertainity dominated the country after the elections of June and the already tarnished economy became even worse with the chaos caused by the failure of coalition talks and the return of the PKK terror. The speak of Prime Minister Ahmet Davutoglu was very moderate. He stated that the AKP is going to counteract to the existing polarization and division within the Turkish society. I am hopeful, because Davutoglu knows that a polarized country cannot be governed. Still, the future remains uncertain and we will see, which direction Turkey is going to take.

How do Turkish Jews evaluate the election results?

Since the Turkish Jews are convinced that they do not possess any real power, they are only observers of the events. They do not really believe in any change in Turkey. The only problem they are faced with at the moment is the antisemitism in media and social media. Despite that they are not confronted with any other problems concerning their religious freedoms. But we will see which new steps the new government are going to take in this regard.

Are you expecting any restrictions of religious freedom?

Can you expect now an adoption of a new law  against hate speech?

This can only be considered within the context of a new constitution since there are prior problems on the political agenda which have to be solved. A law against hate speech is not going to be adopted in the near future.

Which consequences would a new constitution have for the Jewish community in Turkey?

The new constitution is not going to generate direct regulations for minority rights, but it will guarantee a more democratic and transparent democracy which fullfills Western standards of a democracy. The better this is going to be designed, the merrier the constitution will have a positive impact on minority rights, human rights and freedoms. We do not to want to gain any positive discrimination but to be accepted and respected as equal citizens.

It is stated in Turkey very often: „There are no Kurds, no Armenians, no Jews – only Turks“. In how far does this statement cause identity conflicts for you?

This statement is very disturbing, but this is not being stated by the AKP-government – rather by ultra nationalists and these kind of statements decrease. Still, discrimination and hate speeches against minorities do not stop.

What does Erdogan´s victory in the elections mean for the Turkish-Israeli relations?

The perspective on Israel could become more positive since Turkey has lost many friends among its neigbours. Therefore, Turkey will try to remake its friendships, but Israel will be on the bottom of the list because of historical and ideological reasons. But I believe it is likely that the relations are going to be better than worse. 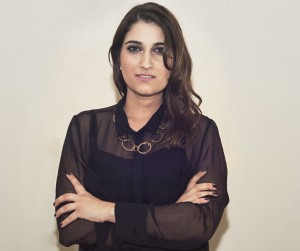